Find out about the projects that Bright Green Hydrogen has accomplished at the Methil Demonstration Site.

The Hydrogen Office Project was launched at the beginning of 2011 to showcase hydrogen energy storage across a small scale three building network. The project demonstrated how excess renewable energy can be captured for future use by generating and storing green hydrogen. Fuel cell technology then allowed for this hydrogen to be used for green electricity generation in times of no wind power. It also provided an uninterrupted power supply for The Hydrogen Office. 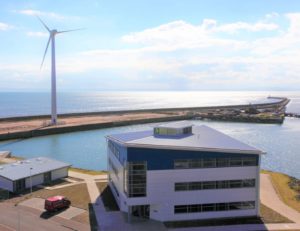 In a motion to renew and expand The Hydrogen Office Project, a consortium of organisations including ourselves, Fife Council and Toshiba came together in 2014. By 2015 we were successful in our bid to the Local Energy Challenge Fund. This awarded The Levenmouth Community Energy Project with a grant of £4.7 million. The aims of this project included increasing renewable generation, increasing the storage capacity, expanding the number of buildings on the green network and incorporating sustainable transport through the integration of hydrogen refuelling stations. 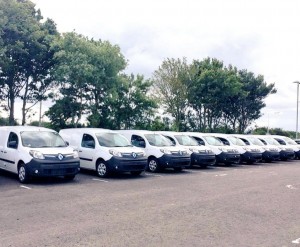 Find out about the company History

Want to visit our facility and see the technologies in action? Contact Us